Haapsalu has constant and ancient relations with St.Petersburg.

Since 1882, there is a street called ‘Haapsalu’ in St.Petersburg, as in the second half of the 19th century, Haapsalu was considered ‘the first Nordic resort in Russia’. Even the Russian Medical Council declared that ‘as a place of treatment, Haapsalu is not only locally important – it is important for the whole Russia.’

Many famous people from St.Petersburg have spent their summers in Haapsalu. The most remarkable among them:

– a world famous Russian composer Pjotr Tšaikovski. He was in Haapsalu in the summer 1867. A part of his first opera ‘The Vojevood’ and a cycle of instrumental pieces ‘Memories from Haapsalu’ were created here.

– a world famous Russian painter and artist Nikolai Roerich was in Haapsalu twice: in 1880 and 1910.  His last visit inspired his well-known works “Beyond the seas there are the great lands”  and ‘The Varjaag`s motive’.

– a famous Russian soil scientist, geographer and geologist Vassili Dokushajev visited Haapsalu and participated in an expedition around Haapsalu in 1881.

– a Russian public figure Alexander Gortchakov, who had an important role to play as a leader of the Russian foreign policy during the reign of Alexander II, was most probably born in Haapsalu in 1798.

Establishing a regular steamboat line in 1845 further enhanced the relations between St.Petersburg and Haapsalu. In November 1905, a railway line Haapsalu-Keila was opened, enabling those who were afraid of seasickness take a train to Haapsalu on route St.Petersburg-Tallinn-Keila-Haapsalu. 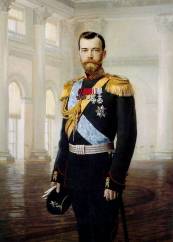 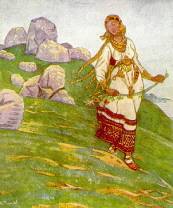